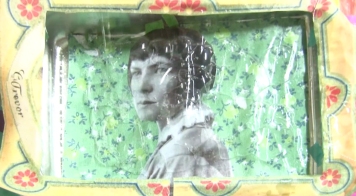 Nina Yuen’s films are playfully composed narratives made up of performances, collages and montages, beautifully assembled and often with artist playing multiple roles as narrator. Her fluid and enchanting spoken monologues merge personal and collective memory, stretching the limitations of our relationship with fact and fiction.

Nina Yuen will be showcasing existing work ‘Hermione’ alongside a more recent work, and its debut in the UK, ‘Raymond’.

In ‘Hermione’, typical of Yuen, she combines the biographies of existing texts including Simone de Beauvoir, Twyla Tharp, Dorothy Parker, Vera Nabokov, and Hilda Dolittle to tell a woman’s story in an unnamed, multiple “I.”

In Raymond, Yuen asks her father to calculate a series of quantities, from the calories produced by his farm, to the miles transversed in his commute. His act of counting pulls the quantifiable into contrast with the immeasurable.

For this, unusual for Yuen, she uses a male voice-over for the first time.

Raymond is an intimate film about the relationship between the artist and her father. We hear how her father tries to understand the world by by quantifying and categorizing certain things. At the same time he tells about the ‘little fantasies’ that he had as a child (bending trees with his fingers, or playing guitar on electrical power lines), talks animatedly about the origins of the world, and tells his daughter lovingly how she behaved as a baby.
For more information about Nina Yuen’s work click here 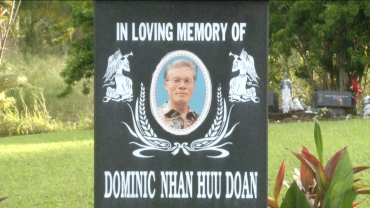