Alinah Azadeh is a UK based artist trained in painting, video and digital media. Since her MA in Media Arts Practice at Westminster University (2001), her work has spanned visual, performance, textile and digital media. 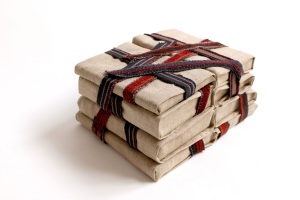 Her work actively references her Iranian heritage. Her sculptural works are rooted in the materials and stories of her own experience as the daughter of an Iranian mother who migrated to the UK in the 60’s and the indirect but powerful impact the 1979 Islamic Revolution had on domestic life and her own transcultural identity. The growth of her household through migrant family members, the mingling of tongues, cuisines and political differences all intersected at the table as she tried and often failed to make sense of this new hybrid territory. The strong connection to her mother’s culture came into sharp relief when she died suddenly in the Asian Tsunami 2004, just after attending the labour and birth of Alinah’s first daughter – her mother’s first granddaughter. Works such as Mother Tongue, (2009), selected for Tall Tales, are both connected to this narrative and synonymous with more universal ideas of sustenance, refuge and safety. As with Mother Tongue Azadeh’s installations, such as The Gifts (2010) and her smaller sculptures, use once-valued personal objects bound in textile and connected with texts to create a poetic discourse on identity, loss and personal relationship.

For the Tall Tales Alinah will showcase a selection of works which reflect her current sculptural practice and long used ritual of textile wrapping of ‘deceased’ objects, both to separate from and honour the past. In certain cultures, the wrapping of the objects of the dead is used as a way of minimising their ‘power’ over the living, of making them safe and silent. Sometimes, by silencing objects in this way, Alinah has made statements around political repression, such as with The Instrument That Cannot be Played (2012)  made in response to the 2009 Green uprising in Iran and also selected for the Tall Tales tour.

Alinah Azadeh has always been influenced by the Sufi poetry and thought – another gift from her mother – and this transitioned into starting her own writing in 2004, inspired by her personal stories, dreams and reflections on grief, longing and the process of making her own work and working with others. Tall Tales finally gives her the opportunity to put both these smaller quieter, works and the writing that inspired – or was inspired by them – into the same public touring context.

Whether small sculpture or a dialogue with a stranger, Azadeh’s works are rooted in the living and disclosure of personal experiences which act as a bridge into the work for others to take. Azadeh’s  practice generates dialogue, reflection and narrative around the nature of loss, longing and our social identities. 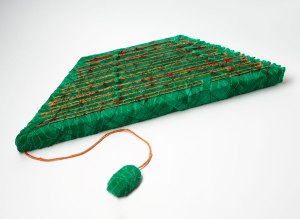 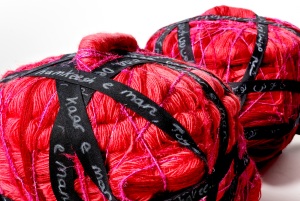